Skip to content
The Making Of A Local Food Movement 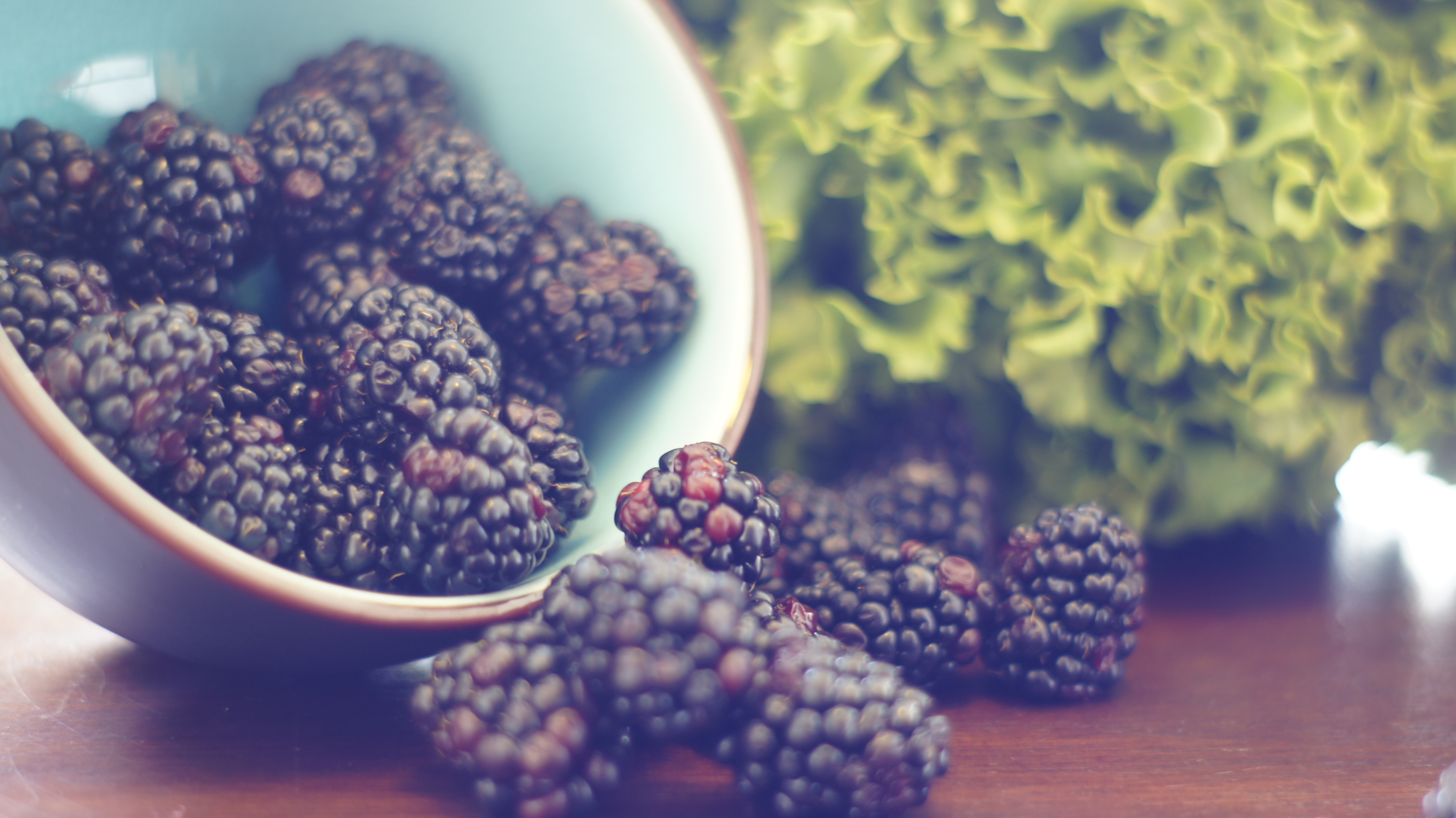 THE MAKING OF A LOCAL FOOD SYSTEM

The 2nd week of September was a fist in the air for Orlando’s Local Food Movement. Tuesday showcased an array of born-again chefs and food enthusiasts, including ingredients that were harvested in their backyard and produce from our local markets. And if locality is any mark of quality, the food was consumed in no time. We’re talking vegan cheesecake, homemade chocolate, papaya salad, and squash-erole. It was a deliciously tangible message of how, yes, we can realistically strive toward a brighter and food localized future.
‘ 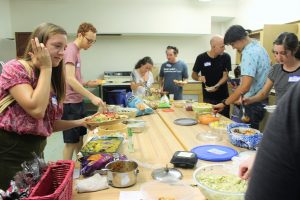 It was the tip of the local food glacier. Thursday marked the start of the Local Food Summit, an immersive three days of farmers, chefs, business owners and local food advocates around Florida. We deployed a squad of our very own food entrepreneurs Friday and strategically went to different classes; I mean, how can you even decide between Salad Mix Intensives, Financial Literacy, and Transforming The Food Systems? Luckily we got a taste of each, and the whole day was packed with informational gold.
‘ 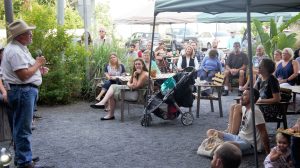 Saturday was open to the public. Fleet Farming started the day bright and early with a SWARM ride to their farmlettes. Again, classes and networking opportunities were a plenty.

Orlando Permaculture found itself in the Urban Farming tract for Saturday’s discussion. Michele Monarch, Jeff Trapani, and Matt Hunter talked plants, sharing their experience working with tropical edibles and how to grow them at home.

The City of Orlando was also present at the summit giving a talk on the Green Works project and food systems, where city planners spoke about the Mayor’s mission to become the greenest city in America. Based on the progress that the city has made thus far, I would say that the goal was in the horizon. Community gardens, urban farms, and backyard chickens were all projected to expand and ultimately contribute to the movement.
‘ 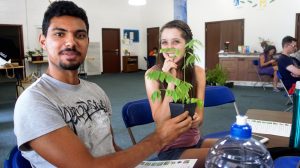 Director of Orlando Permaculture, Justin Marcano, had a chance to sit in on a heated discussion with city and urban planners as the results of a city wide investigation on local food production were presented.

Justin shared that, “It was a most spectacular opportunity to participate in such a stimulating discussion with community members and visitors. Knowing that the City of Orlando is working to support Urban Agriculture, Food Entrepreneurs, and Non-Profits to improve our local food system is really exciting. It puts us pioneers in the local food movement in the most advantageous position to pursue our visions and dreams. Providing healthy home grown food and educating our community members is what we are striving for as a group.

It continues to become more apparent that the City of Orlando is searching for leaders, innovators, and producers to not only improve local food access but reinvent the idea of ‘agriculture and food production.’ There is a growing community of committed individuals! Individuals who are pushing the Local Food Movement forward, advocates of farm to plate options, believers in health and wellness for all, teachers of sustainability, and most importantly change agents who are improving our Orlando community.”

About the Author: Yuan Chang

It is a way to design our lives based on natural patterns so we can care for the Earth and its creatures today and for future generations.

Our group meets on the second Tuesday every month, at the Audubon Covenant Church. We bring a range of speakers and engage in breakout activities.